Can an image, sound, video or string of words influence the human mind so strongly the mind is actually harmed or controlled? Cosmoso takes a look at technology and the theoretical future of psychological warfare with Part One of an ongoing series. This installment of Can Information be Weaponized? Memetic Warfare and the Sixth Domain: Part One is about a possible delivery system for harmful memes. You can click here to jump to Part Two.

Chloe Diggins and Clint Arizmendi wrote an article for Wired Magazine back in Dec., 2012 entitled, Hacking the Human Brain: The Next Domain of Warfare. The piece began:

It’s been fashionable in military circles to talk about cyberspace as a “fifth domain” for warfare, along with land, space, air and sea. But there’s a sixth and arguably more important warfighting domain emerging: the human brain. ~Hacking the Human Brain by Chloe Diggins and Clint Arizmendi, 2012, Wired Magazine

Hacking the Human Brain  concentrated on the vulnerabilities of Brain-Computer Interface or BCI, giving some examples about how ever-increasing human reliance of computer-aided decision making in modern warfare opens users to security risks from weaponized hacking attempts. It’s a great article but the article is not actually discussing that sixth domain it claimed to in that opening paragraph I quoted above.  The attacks described by Diggins and Arizmendi are in the nature of exosuits and mind-controlled drones being overridden by hackers, exhibiting the fifth domain of warfare of the given paradigm. What kind of attack would truly compromise, subjugate the sixth domain, the domain of the mind?

“Wait a minute, Juanita. Make up your mind. This Snow Crash thing—is it a virus, a drug, or a religion?”
Juanita shrugs. “What’s the difference?” ~ From Neil Stephenson’s Snow Crash, 1992

In Neil Stephenson‘s 1992 novel, Snow Crash, the hero unravels a complicated conspiracy to control minds using a complicated image file which taps into the innate, hardwired firmware language the human brain uses as an operating system. By simply viewing an image, any human could be susceptible to a contagious, self-replicating idea. The novel was ahead of its time in describing the power of media and the potential dangers posed by creating immersive, interactive virtual worlds and memes with harmful messages or ideas that can spread virally via social media. In the world of Snow Crash, a simple 2d image was the only technology needed to infect the human mind, forcing the victim to comply. The word and much of the concept of a meme had yet to be developed in 1992 but as the above quote points out, there are several, well tested mind control systems in existence already, including viruses, drugs and religions(Check out Snow Crash by Neil Stephenson at Amazon.com).

Stephenson waxed academic about language, history and the idea that ancient Sumerians had already uncovered this ability to hack the human mind. He later credited a 1976 book by Julian Jaynes, The Origin of Consciousness in the Breakdown of the Bicameral Mind as an influence and inspiration for Snow Crash. In Origin of Consciousness, Jaynes coined the term bicameralism,  hypothetical psychological supposition that the human mind used to be divided into 2 main language functions. One part of the human mind was for speaking and the other was for listening, aka bicameralism. Jaynes claimed this state was normal in primates until a relatively recent change in language and cognition happened to humanity, supposedly about 3000 years ago. Stephenson’s fictional technology attacks modern man’s anthropologically latent compulsion to automatically accept orders when the orders are presented in the correct language. 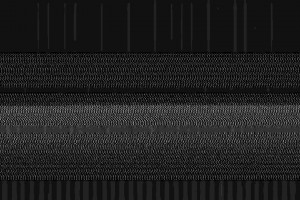 Is a mind-control meme only the stuff of science fiction? In real life, how susceptible are humans to this kind of attack? Check out Can Information be Weaponized? Memetic Warfare and the Sixth Domain Part Two.

Thanks for reading Can Information be Weaponized? Memetic Warfare and the Sixth Domain: Part One~! Any suggestions, contradictions, likes, shares or comments are welcome.