One of the most basic and widely-understood concepts in modern biology is Darwinian evolution, wherein DNA is inherited by offspring from the parent organism. This view of evolution, also called vertical gene transfer, is increasingly becoming too simple to explain sections of the human genome. The science journal called Genome Biology published a study last September, 2014, describing the evidence and conclusions behind an alternative mechanism of gene acquisition called horizontal gene transfer or HGT. HGT is when genetic material transfers between otherwise non-genetically-related organisms. HGT actually already evidenced in several single-celled bacteria, but this study proved higher organisms display traits and DNA evidence from outside their ancestry.  Last falls Genome Biology report was able to show signature DNA in humans that did not come from the understood human lineage.

HGT is sometimes called Lateral Gene Transfer. The concept is that organisms ingest or otherwise absorb DNA from the organisms they encounter in their environment. Much of the conceptualization behind HGT originated in Seattle in 1951 Horizontal gene transfer was first described in Seattle in 1951 by Victor J Freeman in the Journal  of Bacteriology. This new study is significant because it shows human genealogy may have fungal DNA through such lateral transfer.

The 2014 study shifts the conventional POV that animal evolution solely uses genes passed down from parental lineage. Because evolution is an ongoing process, this new aspect of that process is implied to be ongoing. We are still absorbing DNA from other organisms right now~!

Alastair Crisp at the University of Cambridge:

“This is the first study to show how widely horizontal gene transfer (HGT) occurs in animals, including humans, giving rise to tens or hundreds of active ‘foreign’ genes.”

There are many advantages to organisms which evolve laterally. One long-refernced example in the genetics community is quickly-evolving bacteria that can resist anti-biotics after only a few generations. In the Darwinian model, only the bacteria that had a chance mutation would resist the drug. By transfering genetic material from other related bacteria, a bacterium can adopt an immunity it did not originally have a mutation for. HGT might be an important part of the evolution of complex organisms, too, including animals.  We now have evidence that nematode worms can acquired genes from the microorganisms and plants they exist in cohabitation with. Another example from the new study shows a type of beetle displayed bacterial genes which enabled them to digest coffee berries.

HGT in humans is controversial because it implies organisms in our natural – and unnatural – environments can affect our DNA, and that of our offspring. Humanity has created a planet where organisms are repeatedly exposed to organisms which would not otherwise be part of our environment.

Researchers were able to calculate the likelihood that  similar genes from other species were transferred this way. Last September’s study showed the genomes of 12 species of fruit fly, four species of nematode worm, and 10 species of primates, had overwhelming evidence of HGT. The primate list included humans!

The numbers also help estimate when the genes were acquired. Most of the genes in humans that can be shown as a match to non-human organisms are blood or enzyme related. Most importantly the ABO blood group gene in humans, are confirmed to have been acquired through vertebrates using HGT. Most of the other genes were related to metabolism. This might lead to discoveries about the human diet that can change or modify metabolism.

Past studies have attempted to prove this same phenomenon but have only proven 17 genes attributed to HGT.  This latest study shows  128 additional foreign genes in the human genome. 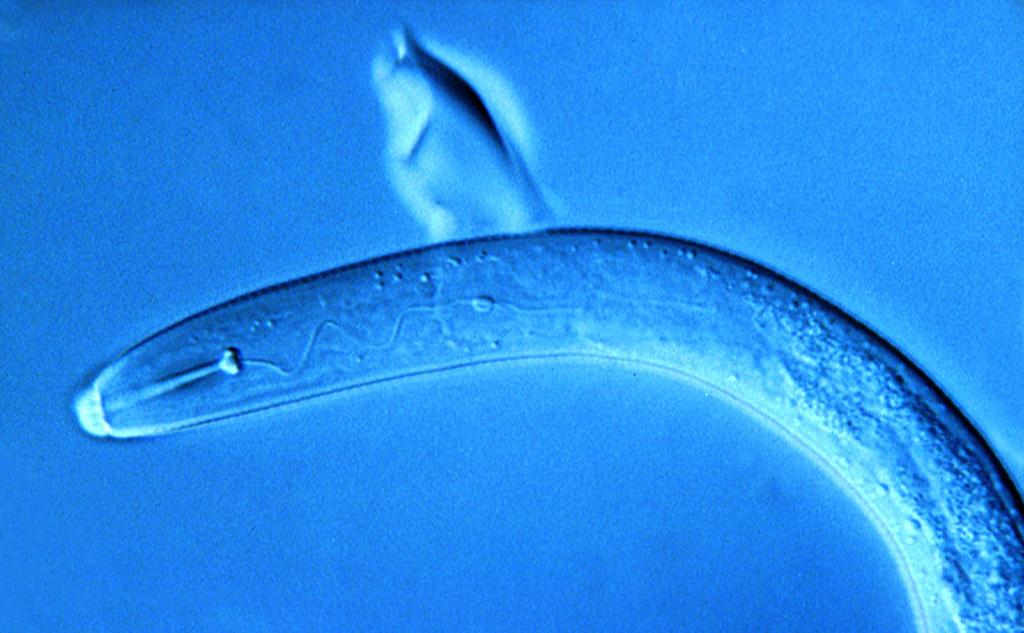 HGT likely plays an integral part in the evolution of all animals but the evidence here shows nematode worms have acquired genes by coexisting with microorganisms and plants. The genes enabled nematodes to metabolize lipids, breaking down of fatty acids and helping form glycolipids. Some genes affected the immune system, such as the antimicrobial response, immune cell signals, and inflammatory responses. Others affected amino-acid metabolism and enabled nematodes to modify proteins and engage in antioxidant activities.

Researchers even identified which organisms the transferred genes came from. Bacteria & protists, which together comprise another class of microbes are the most common lateral gene donor. Perhaps future studies might show that the trait of HGT is one possessed by simple single celled life, rather than one controlled by the expression of multicellular organisms.

Even more strange: most of the foreign genes in primates, including humanity, seemed to come from viruses. Some genes even seemed to have originated from fungi which  explains why previous studies focused on bacteria missed the most likely lateral lineage.

Despite the ongoing nature of evolution, the mutation and gradual adaptation is slow. The roots of HGT expressed in primates are ancient. Some of the DNA may have been with our species since a common ancestor was shared between Chordata & Primates.

The implications of this are far-reaching, such as rethinking the invasiveness and shared DNA in host-parasite relationships. Mistakes or incompatible DNA that is nonetheless laterally transferred could be responsible for genetic mutations that are not desirable such as a tendency for heart disease or cancer. Solid proof of HGT that can be reproduced and relied on can also mean new cures for those exact same diseases.

Most importantly HGT will change the way we discuss and teach evolution.