Smaller states seem to do the best at providing fast Internet but the Internet connections in these states pale in comparison to the speeds in other countries, particularly South Korea. 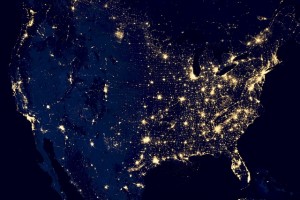 First up in top average speed came the state of Vermont, with 12.7 Mbps of speed as the average of the state’s speed. It was followed by New Hampshire, Delaware, the District of Columbia (a state for the sake of the study), and Utah, all resting above 11 Mbps. The latter five states, Massachusetts, Virginia, Maryland, New Jersey and Connecticut coming in slightly above 10 Mbps.

On the other hand, South Korean Internet averages a connection speed of 14.2 Mbps.

The thing to note about the faster states, before comparing them to Korea, is that most of them are small in size, aside from Utah. Utah, on the other hand is home to the new NSA data center, which might skew the data.  With a lot less physical land to connect, it is likely that the small size of these states, and their level of urbanization, is responsible for these higher speeds. Rural regions may have much more dispersed populations, and less incentive to build larger infrastructure there.

A second thing of note is that the Internet may have a bigger emphasis in Korean society – and thus an expectation of higher speeds and more power than we expect in the United States. Competitive gaming for instance is huge in Korea, to the point that some games are almost entirely dominated by Korean players. Online gaming, of course, is taxing on bandwidth. It is a world where a slower connection can cost points, and cash prizes.

David Belson, the editor of the report suggests that it may not just be physiography or population, or anything like gamers that drive up the demand for high speed net. He suggests that competition between providers has helped raise Internet speeds, at least on a more local level.

“At least on a community level, if there’s only one provider, the chances of getting very high-speed services for reasonable prices is low. But when you put Verizon FiOS and Comcast and RCN and others in the same neighborhood, there’s more contention for the customer dollar. So you’ll see them start getting more competitive for speed and pricing,” he wrote.

Consumers seem to agree with him.

A survey from California by the PPIC (Public Policy Institute of California) focused on that state’s use of the Internet showed that a majority of the population, particularly Latinos and blacks, felt that high-speed Internet should be a public utility. Over 50% of Latinos, and almost 60% of blacks surveyed in this also felt that children without broadband access were at a disadvantage – with 67% of voters favoring a government program to provide broadband Internet to lower-income and rural residents of the state.

High connection speed could finally provide areas with a single provider an alternative, and competition for cheaper rates and faster Internet. However, for some, it may be a while until they get access to Internet services near the power of the South Korea.